Three years ago, an Australian teenager made a brave decision.

Having emulated Bjorn Borg and Roger Federer by winning the Boys’ Singles title at Wimbledon in 2011, Luke Saville opted to defend his title, rather than follow the example of other prodigies by ditching the juniors for the professional circuit at the first opportunity.

This summer, Saville is back in south west London; not on the grass courts of SW19 but at Surbiton where he is one of 32 players in the men’s singles competing for a first prize of just $6,150.

The name may not mean much to many tennis fans – even Saville seemed surprised by my request for an interview – but the 21-year-old epitomises the struggle that goes on for the 50 weeks outside of the Wimbledon fortnight. So, it’s perhaps appropriate that his journey should take him to a part of the Surrey commuter belt that will forever be associated with the self-sufficient lifestyle of Tom and Barbara Good in the 1970s BBC sitcom The Good Life.

A quick look at the record books highlights the uncertain world Saville finds himself in. For every junior Wimbledon champion such as Borg (1972) and Federer (1998), there’s a Wesley Whitehouse (1997) and a Roman Valent (2001). Determined not to be a member of the ‘Where Are They Now?’ brigade, Saville finds himself standing outside an unimposing clubhouse, under a grey sky and in a testing breeze waiting for his 11am match. 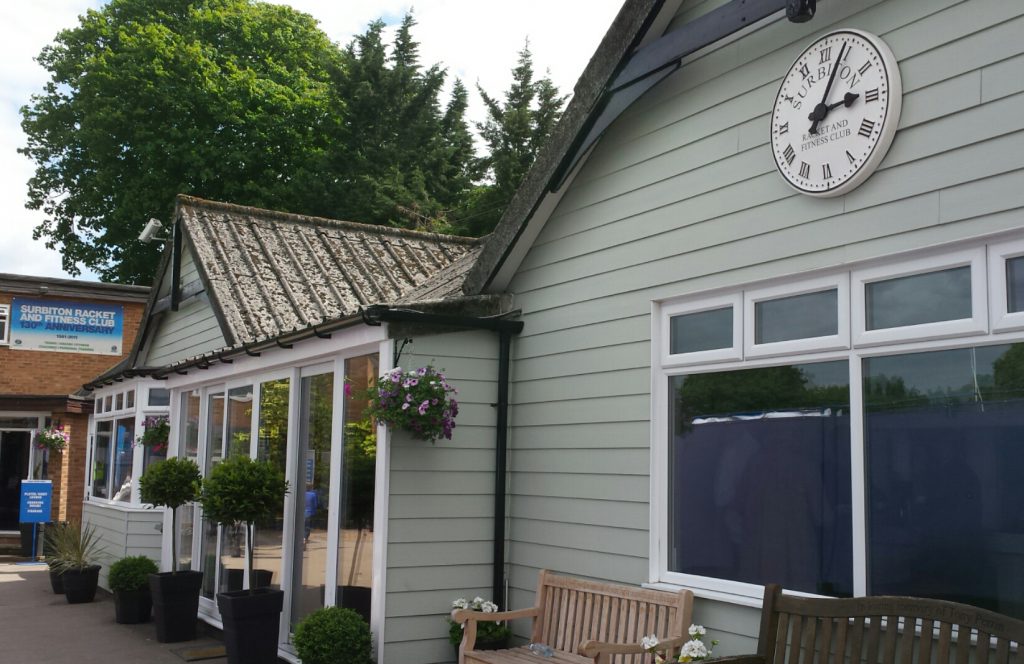 Surbiton Racket & Fitness Club is one of the oldest tennis clubs in England and has been established on its current site since 1881.

After an absence of seven years, Surbiton returned to the tennis calendar this summer by hosting a Challenger Tour event; one of a series of international men’s professional tournaments at a level of competition below the lucrative ATP Tour.

Another Challenger Tour event was being held concurrently at the Italian venue of Caltanissetta and this arduous, unforgiving circuit also takes in stops at the South Korean city of Gimcheon and Fergana in Uzbekistan.

Collectively they are the remote, dusty backwaters of world tennis, substantially further than a mis-timed lob from the All England Club and Flushing Meadows.

Saville had signed up for qualifying for this tournament but as he was still involved in the previous week’s Challenger tournament in Manchester at the time the draw was made, he was handed a Special Exemption.

The fact he won Junior Wimbledon as a 17-year-old and its Australian Open equivalent just seven months later doesn’t bring any special privileges. Neither does his four-set defeat of the Austrian Dominic Thiem – who is also 21, yet broke into the world’s top 30 in the first week of June – in the first round at Wimbledon last summer.

“I don’t like to compare myself but sometimes it is tough to see guys doing really well on the ATP Tour,” Saville said when asked about this apparent gulf between the junior and the professional ranks.

Despite a straight-sets defeat in the next round, albeit by the eventual semi-finalist Grigor Dimitrov (a junior Wimbledon champion in 2008), Saville’s first win in the main draw of a Grand Slam tournament enabled him to break into the world’s top 200 for the first time.

“It’s a good feat but it’s not where I want to be in the long run.

Almost 12 months on from qualifying for Wimbledon – an achievement he describes as the greatest of his career, despite his juniors record – Saville arrived in Surbiton as the 183rd best player in the world and on the back of a defeat by fellow Australian Sam Groth in the final in Manchester.

“I’ve started the grass season very well,” said Saville, who may still be bearing the mental scars of facing the man who holds the world record for the fastest serve at 163.4 mph.

“I was actually getting beaten pretty badly in the second round (against the Colombian Alejandro Falla) last week; I was down by three games to love in the second set and I’d lost the first set without winning a game so to get to the final was an achievement.”

Saville may have been granted Special Exemption status but the draw did him few favours, pairing him with Luca Vanni, a 30-year-old from Tuscany who’d been elevated to the position of top seed following the withdrawal of the 19-year-old Australian Thanasi Kokkinakis.

In May, Kokkinakis became the third teenager to break into the current top 100, two years after reaching the finals at both the Australian Open juniors’ tournament and the US Open boys’ singles. It seems Kokkinakis is taking the path at the speed many expected Saville to take but his pragmatic response is that of a man who knows that it’s increasingly common in men’s tennis for good things to come to those who wait.

Citing one weekend last February when the 34-year-old Victor Estrella Burgos became the oldest first-time ATP World Tour winner in the Open era, Saville said: “It’s a tough game. Some juniors do it quicker than others but I am doing my absolute best and I’m ticking all the boxes every day on the practice court. It’s just taking me a little bit longer.” 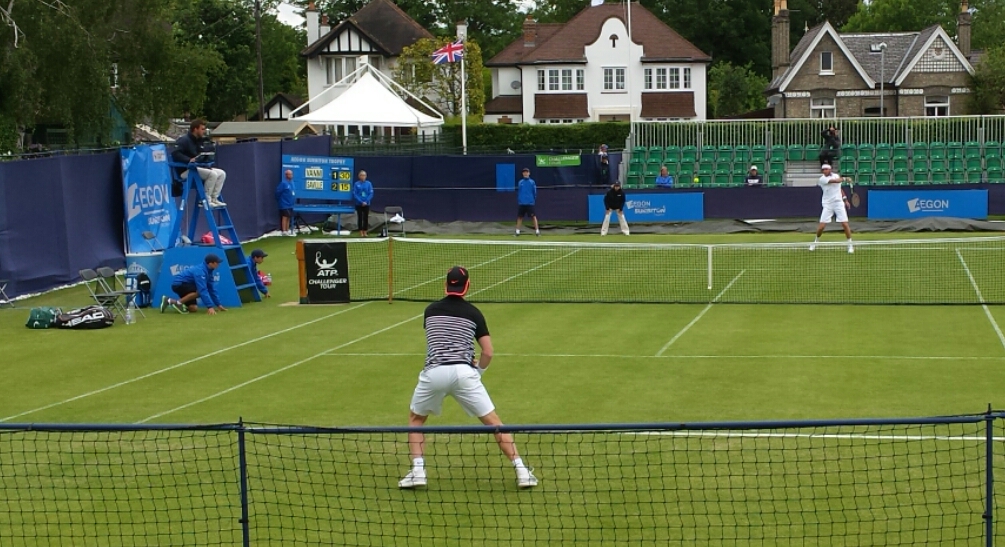 Long hours on the practice court with coach Craig Tyzzer paid instant dividends at Surbiton where, despite being a break down in the first set, Saville responded to beat Vanni 7-6 6-2.

“That’s definitely a sign of things to come from me,” Saville said in an assessment of his first-round performance.

“I’m really starting to gain some momentum right now and even though everyone’s saying I can only play on grass, I really feel I can play on other surfaces and I hope these results can act as a springboard for the rest of the year.

“To come down here two days after reaching a final, knock off the top seed and play reasonably well is okay but I have a lot more improvement in me over the next few weeks.”

The next few weeks for Saville will see him re-enter the Wimbledon qualifiers. With first-round losers at the All England Club each receiving £29,000, it’s appropriate that tennis’s equivalent of the Oxford entry exam is staged at the Bank of England Sports Centre at Roehampton.

But before that, there’s still time for Saville to engage in more of the ‘bread and butter’ tennis that fills his calendar and that’s why he’s off to the fringe of the Yorkshire Dales for another Challenger event at Ilkley.

“I really label these at the start of the year as a priority for me so I’m really happy I’m starting to cash in a little bit.”

A little over 24 hours later, Saville was reflecting on a 6-4 7-6 defeat by British wildcard Joshua Milton and accepting a cheque for 730 euro. Sub-consciously perhaps, he also found himself justifying why he carries on, on this relentless and expensive pursuit.

“So here I am now, doing just that. I have never deviated from that one direction in my life.”